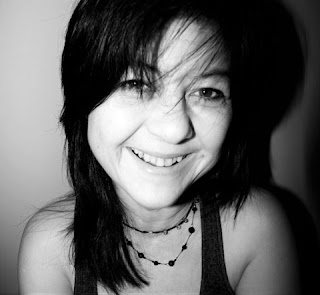 I first met R.M. Greenaway when she sent me an e-mail asking me about noir. I don’t know if my reply was helpful, but noir is a favorite subject of mine, and I immediately liked R.M. for asking.
Born in Battersea, England, R.M. spent her childhood in the Toronto area, and later Vancouver, B. C. She has worked a variety of jobs, including as a court reporter. We sat down, a continent apart—R.M. lives in Nelson, British Columbia—for this interview.

From the Spitbucket: What writers influenced you to become a crime writer?
R.M. Greenaway: Ed McBain taught me to love the police procedural, and that writerly rules may be broken. Ruth Rendell taught me that the mundane can be just as fascinating as the flashy, and that humour lurks in dark places. Donald Westlake taught me, well, too much to describe here!

Spitbucket: What moves you most in a book you read?
R.M.: When the real world recedes and I forget that I'm reading. That probably first happened with the Narnia chronicles when I was a whole lot younger, and happens less and less with time, so when I do get sucked into a book these days, I consider it a gem.

S: You're organizing a dinner party.  What three writers, living or dead, do you invite?
R.M.: Harley Mazuk, because I have a feeling we'd have lots to talk about. Sir Arthur Conan Doyle, as I'm so interested in the world he lived in, and he'd be so interested in where things have gone since his death. And Ruth Rendell, because she was such a great writer and so prolific, and I'd like to find out how she did it, and maybe kiss the ground she walks on.

S: Do you have an agent?
R.M.: Yes, thank goodness. She takes care of all the stuff I wouldn't have a clue about.

S: Do you outline meticulously before beginning to write a novel? Or do you write by the seat of the pants? Or something in between?
R.M.: In between. I try hard to know where I'm going, and usually fail. But the failures always end up more pleasing than the meticulously worked out bits. Seems the men and women I'm writing about often like to go their own way -- and I'm more than happy to let them do so.

S: Are you a disciplined writer? Describe a typical writing day? Do you go for a particular daily word count?
R.M.: My first answer to this question is “LOL,” followed up by “Oh, how I wish.” Honestly, I haven't written a useful word in over a month, and that's because of Left Coast Crime, a birthday party, Noir-at-the-Bar, travel, day-job deadlines, a fence that needs building to keep out the bears, and more. My ongoing resolution to go for a walk in the morning followed by a couple hours of writing keeps getting pushed further along. But I MUST get serious soon, or I won't have my draft ready by publisher's deadline. And really, getting back to Book 6 is what I look forward to most.

S: Bears can climb fences, can’t they?
R.M.: Yes, well, halfway through building that fence (at my son's house, actually) the neighbour strolled over to tell us the bears will just jump over. But I think bears, like the rest of us, prefer the path of least resistance. At least we're hoping.

S: What themes do you like to explore in your writing?
R.M.: Relationships is a big one with me, both in reading and writing. A book that doesn't delve into relationships doesn't really grab me. I love relationships that collide, e.g. oddball matches, misunderstandings, mistrust. Building and breaking up friendships is one of my megalomaniacal passions, along with creating and solving wicked crimes.

S: Tell us about your B.C. Blues series.  (Do the B.C. Blues wear blue? What happened to the red dress jackets of the RCMP?) Is your series character-driven or plot- driven?
R.M.:  It's true, RCMP still wear the smashing scarlet tunics, but only for special occasions. The workaday clothing for uniformed members is mostly navy blue. The "Blues" in the series title is an allusion to atmosphere more than anything, though. Plus I love the blues (music)!

The series is set in the Pacific Northwest -- more specifically North Vancouver. Maybe you know the area... if you don't, it's kind of a fast-sprouting city, though not so much of a throbbing metropolis as Vancouver which sits just across the strait waters. North Van is hard to describe. It's traffic-snarled but serene. It's surrounded by mountains, rain forest, and ocean. It's veined with rivers and creeks and countless hiking trails. I like North Van as my main setting as it can vary widely within a few minutes' drive, from dock yards to high rises to woodsy canyons.

The books are character-driven but paced to move in a fast yet thorough way through twisted criminal investigations. They also come fully equipped with an evolving backstory -- which you might want to follow along from Book 1—Cold Girl. 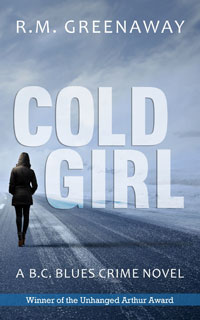 Cold Girl is set further north, amidst snow flurries and desolate highways, but in Book 2, Undertow, RCMP Constable Cal Dion is transferred back to North Van where he belongs, but also back to the complications he left behind after a seriously bad decision and car crash ... but that's the backstory for you to discover!

Next in the series after Undertow comes Creep, and in March this year came Book 4, Flights and Falls, and I'm now in the editing stages of Book 5, River of Lies along with writing Book 6. 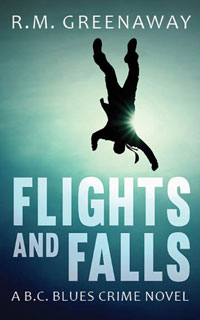 The most recent release, Book 4 in the B.C. Blues series.

As for backstory, though, I try hard not to fall into the trap of letting it take over. I like to deliver what I like to read, which is a strong stand-alone plot with continuing character development. I want my readers to pick up any book in the set and be swiftly oriented to what's going on behind the scenes. I think backstory is important, but should stay where it belongs, in the background.

S: Where can readers find your books? Where can we learn more about your work? How should readers or fans contact you?
R.M.: All my books are widely available, in bookstores, libraries, and online through the major e-book sites.  If you'd like to get a copy but for any reason can't, please do contact me through my website (rmgreenaway.com). Also if you like the books or have a suggestion, drop me a line and let me know, because feedback from readers is the best nitro-boost to the spirit there is!

Thank you for reading, and thank you, Harley, for inviting me to take part! Oh, and yes your perspective when I was writing "A Study in Noir" for the Strand Magazine a couple years back was a great addition, so thank you for that as well!

Noir at the Bar, below, Shebeen Whiskey House in Gastown, Vancouver, B.C. R.M. is second from right: 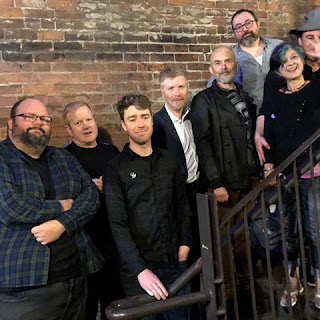 The Road from Manzanar in "Black Mask"


My newest story, “The Road from Manzanar,” appears in the March/April edition of Ellery QueenMystery Magazine as the “Black Mask” story. Raymond Chandler’s first published short story, “Blackmailers Don’t Shoot,” in 1933 appeared in Black Mask back when the imprint stood alone as American crime fiction’s greatest pulp. Before Chandler, Dashiell Hammett’s work appeared in Black Mask regularly, including The Maltese Falcon, which ran as a four-part serial. 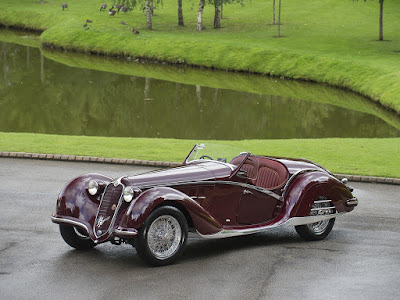 I believe four of my five EQMM stories have run as “Black Mask” features, and I used to think that might be because they were noir or at least noir-ish. However, I’m coming around to the realization that my stories are in “Black Mask” because I write in a pulp fiction style. I’m lucky to have Janet Hutchings, editor at EQMM, because it seems Janet understands the style. Having your stories published means you found the right home for them. For me, “Black Mask" looks like home.

To me the political elements aren’t the raison d'être for the story. I’m telling the story of a guy who lines up a date with an attractive blonde. The guy has a camera and the idea that given a spectacular setting and enough Zinfandel, the blonde will take off her clothes for the camera. Beyond that, their private drama plays out against the backdrop of historical events—in this case the internment of Japanese Americans on the west coast—and raises questions about American identity. They’re questions a thinking couple asks in June 1942, questions we still may be asking.

On a lighter note, I once drove my family north out of Yosemite Valley in a rented Dodge minivan, onto the Tioga Road which crosses the northern wilderness area of the park at a high elevation. (Tenaya Lake is at 8,150 feet.) We parked at the campground at the lake and ate our packed lunches. I heard some other folks at the campground speaking German. We were big fans of John Cleese and Fawlty Towers, so naturally, I said to my young daughter, “Don’t mention the war, Molly. I think they’re Germans.”

After lunch, we went for a hike on the big rocks and domes north of the lake. When we returned to the campground, the Germans were huddled around one of our front tires.

One of the Germans spoke English well. “You have a leak in your right front tire; you were losing air, mein herr.” That was bad—a leak in the tire at a high altitude in the wilderness. There had been no services since we left Crane Flat, though there was a visitor center at Tuolumne Meadows, a short distance east. But the German went on, “Fritz is a tire specialist in Düsselldorf. He has his kit with him, and he has patched and repaired your tire.” Indeed, Fritz had done wonders. Though there was only about 17-18 pounds per square inch of air pressure in our tire, the leak had stopped, and we rolled into the Tuolumne Meadows Visitor Center and pumped it up. Fritz’s patch held for the rest of the trip, through Fresno to the Central Coast and back to San Francisco.

I've kept the incident in my mind, always wanting to use it in one of my stories. Readers of “The Road from Manzanar” may see a parallel in the carburetors in Max’s car—an  Apache carburetor specialist comes to Frank Swiver’s aid when the mixture in the carbs has to be adjusted for altitude.


Posted by Harley Mazuk at 1:03 PM No comments: